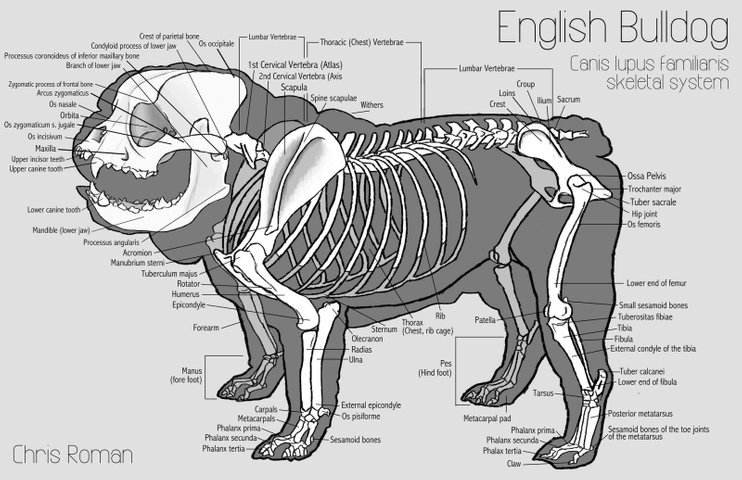 General Appearance:Smooth-coated, fairly thick set, rather low in stature, broad, powerful and compact. Head, fairly large in proportion to size but no point so much in excess of others as to destroy the general symmetry, or make the dog appear deformed, or interfere with its powers of motion. Face relatively short, muzzle broad, blunt and inclined upwards although not excessively so. Dogs showing respiratory distress highly undesirable. Body fairly short, well knit, limbs stout, well muscled and in hard condition with no tendency towards obesity. Hindquarters high and strong. Bitches not so grand or well developed as dogs.

"Whoever says that happiness can not be bought, have never owned an English bulldog"