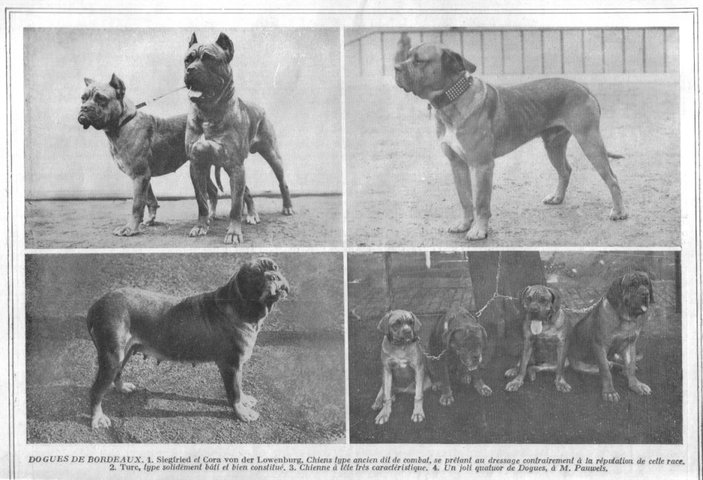 The history which it appears to be as we know it and from what people has told us that we've met...

It's not 100% for sure if there has been DdBX in Norway earlier, but once in a show we met an elderly woman who told us that her father had had such a dog when she was a little girl. She remembered that the dog was imported from Germany for approximately 60 years ago, when she was 10 years old.

The first registered DdBX in Norway was imported from the Swedish kennel Belburgos in 1997. The name was Belburgos Aramis. It's unknown what Belburgos Aramis died of and when he died, bur we know his residence was in Horten. It was also imported a male dog from USA to Narvik late in the 90's, but this died too, just a short time after arriving to Norway.

In the year 2000 things started to happen regarding DdBX in Norway. Two DdBX-females was in quarrantine waiting for the import to Norway.They stayed at their respectively kennels Bon Vitalis in Denmark (Fortuna Flip a Coin) and Nordniedersachen in Germany (Kendra von Nordniedersachsen). Additionally there where also two male-DdBX from the well-known Maison de Hollande in Netherland (Rascal de la Maison de Hollande) and (Pernod de la Maison de la Hollande) on their way to Norway. From the Brittish kennel Brandoux & Laruscade it was imported two males; Laruscades Hannibal (Arnie) and Laruscades Pires (Troy), and from the Australian kennel Moloscyg the female Moloscyg Chanel arrived. From another Swedish kennel named Backabusen came Backabusens Carcasonne (Dozer) to Norway. We also know that the first black-mask import, Estruphus Naomi Campbell, came from Denmark, but unfortunately died soon after arriving the new family in Norway.

In the year 2002 the following was imported (as we know of):

Sadly the female imported from Australia in 2000, named Moloscyg Chanel died in July. The first litter of DdBX in Norway ever was born 18. July at Heimers Kennel. Mother of the litter was Bon Vitalis Fortuna Flip a Coin and the father of the litter was the Danish-owned McClaren de El Siscar. It was 5 males in the litter. The Hungarian imported female Tanakajd Szepe Vanda was pregnant when arriving Norway and gave birth to Norway's second litter of DdBX-puppies. 6 wonderful males and 8 females, in other word a BIG litter. The sire of the litter was Tanakajd Szepe Zeus.